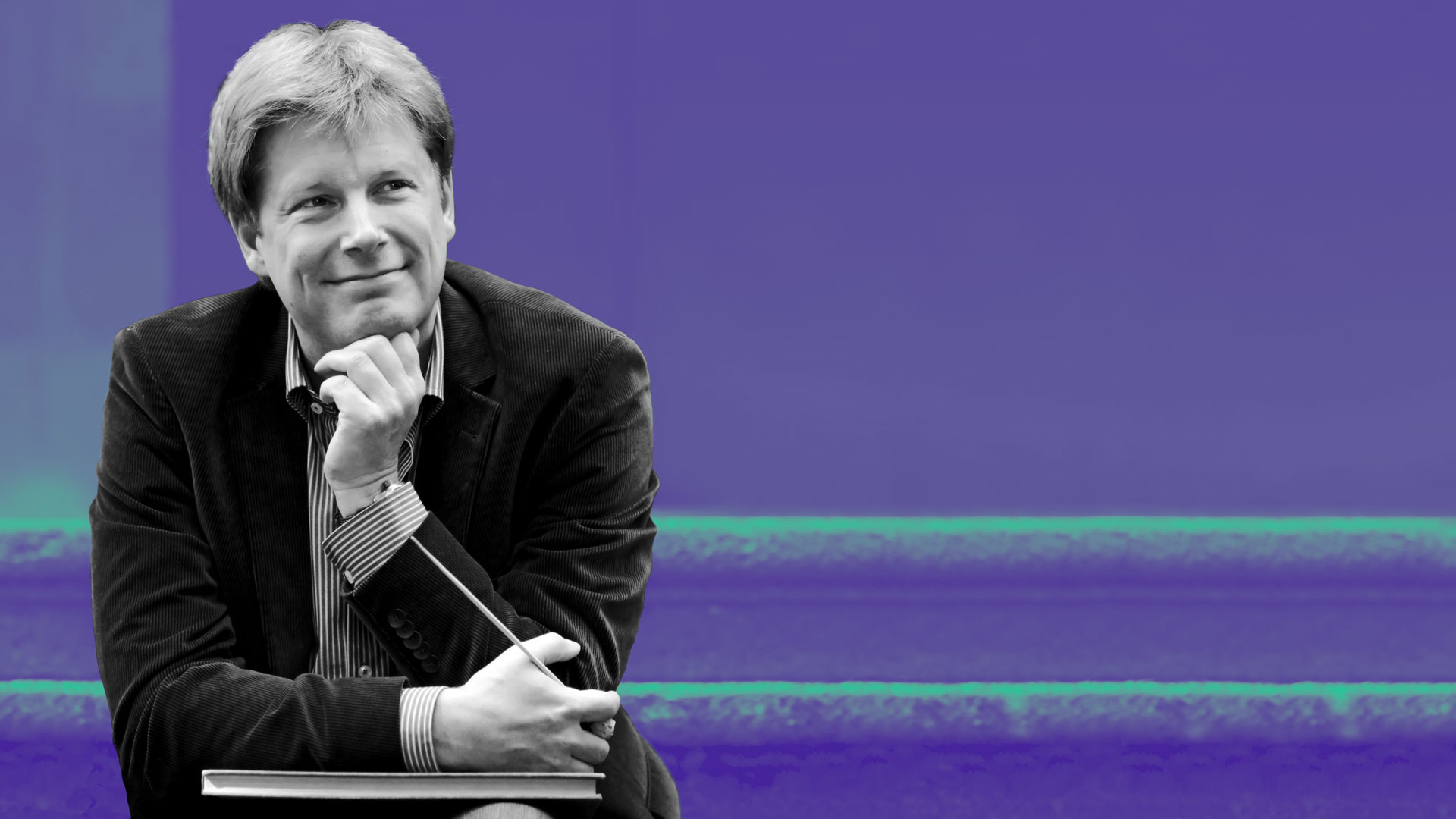 Since the beginning of the 21/22 season, Alexander Mayer has been 1st Kapellmeister and Deputy General Music Director at Theater Vorpommern. In addition to concerts with the Philharmonic Orchestra of Western Pomerania, he is responsible for new productions of Ernst Krenek’s Jonny spielt auf, Rossini’s Cenerentola and Gluck’s Orfeo, as well as performances of Tchaikovsky’s Nutcracker, Verdi’s La Traviata, Lehár’s Merry Widow, Britten’s A Midsummer Night’s Dream and Ralph Benatzky’s Meine Schwester und ich.

Prior to this engagement, his path led him to Switzerland, where he first served as assistant conductor at the Geneva Opera and then as music director of the Ensemble Symphonique Neuchâtel from 2010-2019. During this time, he firmly established the orchestra, which was formed from a merger in 2008, in the Swiss musical landscape, as evidenced not least by invitations to renowned concert series and regular radio broadcasts. From 2013-2017 he also led the Sinfonietta de Lausanne to much acclaimed successes as music director.

Alexander enjoys seeking the exchange with other styles and cultures, such as electronic music, klezmer or the world of Arabic music. He performs with renowned soloists such as Gautier Capuçon, Tzimon Barto, Geir Draugsvoll, Ghalia Benali, Jane Birkin or Kolsimcha and orchestras such as the New Seoul Philharmonic Orchestra, Orchestra del Maggio Musicale Fiorentino, Orchestra Filarmonica di Torino, Orchestra Sinfonica Siciliana, Kristiansand Symphony Orchestra, Württembergischen Philharmonie Reutlingen and the Südwestdeutsches Kammerorchester Pforzheim. In the current season, he will make his debut with the Orchestra Haydn di Bolzano e Trento with a series of eight New Year’s concerts.

Alexander studied church music and orchestral conducting under Leo Krämer and Max Pommer’s tutelage at the University of Music Saar. He has participated in masterclasses with Neeme Järvi, Gennady Rozhdestvensky, Frieder Bernius and Stefan Parkman, and has assisted John Nelson and Donald Runnicles. In 2003, he won the Tokyo International Music Competition for Conducting.

In addition to his work with professional orchestras, his work with young people and amateurs is of great concern to him. Thus, from 2008-2021, he was Principal Guest Conductor of the Saar State Youth Symphony Orchestra, and in 2020 he again took over the musical direction of the Kaiserslautern District Symphony Orchestra, one of the best German amateur orchestras, with which he already worked very successfully from 1999 – 2013. In addition to his conducting activities, Alexander regularly performs as an organist and chamber musician.

As a composer, one can only dream of such a performance! Sofia Gubaidulina (about a performance of "Fachwerk" with the Ensemble Symphonique Neuchâtel)

A delight and inspiration to work with! Donald Runnicles

Mayer is a conductor who binds everything to himself, always keeps an overview, has the score in his head (and not vice versa!) and thus inspires, mediates and balances. In short, he is a sure guarantee of success, security and sovereignty in difficult touchstones of orchestral literature. Die Rheinpfalz

Great review of the Philharmonic Concert

Off to the second season

Around the song recital "The Book of the Hanging Gardens"

The press on "Jonny spielt auf"